Tenor Ryan Daly is quickly establishing himself as a rising young talent in the opera world.

is quickly establishing himself as a rising talent in the opera world. In 2019, Ryan made his Shreveport Opera debut as The Padre in Man of La Mancha and was scheduled to return to Shreveport to perform the roles of Basilio and Don Curzio in Le nozze di Figaro, Dave in Pepito, and Carlos in Feel the Tango (all cancelled due to COVID-19). In addition, Mr. Daly was scheduled to make his role debut as Don José in Peter Brooks’ adaptation, La tragedie de Carmen. In addition to his operatic engagements for the 2019/20 season, Mr. Daly made his debut as the tenor soloist in Beethoven’s Symphony No. 9 with the Marshall Symphony Orchestra. Over the 2020/21 and 2021/22 seasons, Mr. Daly performed as a soloist with Opera Omaha, both in recital and in their production of Tchaikovsky’s Eugene Onegin. 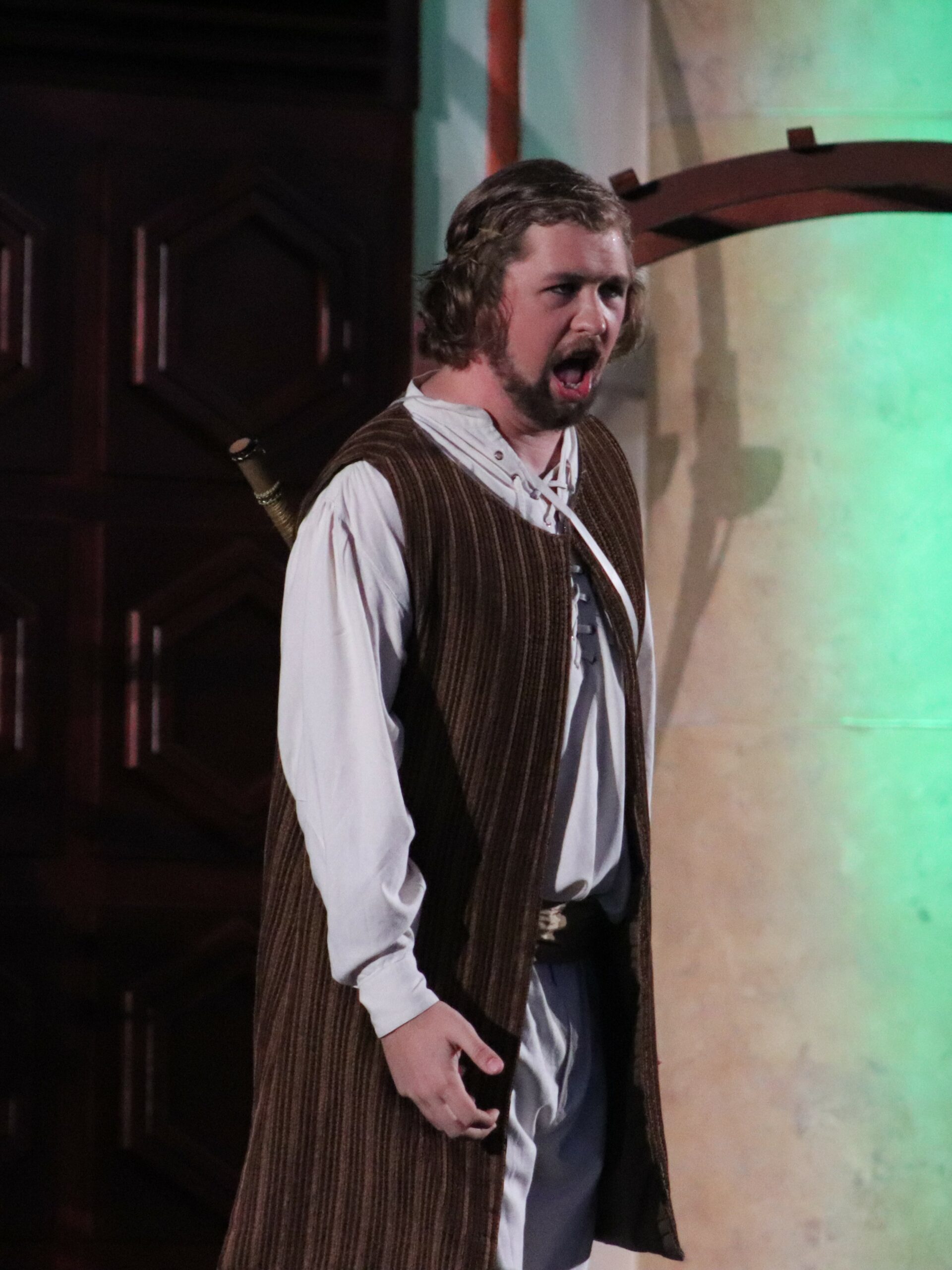 Mr. Daly has sung in productions ACROSs the United States.

Highlights include Tito in La Clemenza di Tito, Ulisse in Il ritorno d’Ulisse in patria, Tamino in Die Zauberflöte, and Braun in the world premiere of Robert Chumbley’s Hidden Jewel. Ryan has performed with companies across the country, including Shreveport Opera, Opera Omaha, the Aspen Opera Theater, Miami Music Festival, and Utah Lyric Opera. In concert, Mr. Daly has been heard as a soloist in Beethoven’s Symphony No. 9 with the Marshall Symphony Orchestra, Haydn’s Missa in Angustiis with the Heartland Philharmonic, and Humperdinck’s Hänsel und Gretel with the Civic Orchestra of Abilene.

Ryan Daly has trained in voice with Allan Glassman, Dr. Stephen King, Dr. Marcus DeLoach, and Dr. Rick Piersall; in acting with Anthony Laciura and Brandon McShaffery; and has coached with Luke Housner, Sean Kelly, Hal France, and Valéry Ryvkin. He holds a B.M. from Abilene Christian University and an M.M. from Temple University. Additionally, Mr. Daly is an alumnus of the Aspen Music Festival and School, Miami Music Festival, and the Utah Vocal Arts Academy.

If you are interested in contracting Ryan as a singer or would like more information on studying with Ryan, reach out at ryandalytenor@gmail.com.